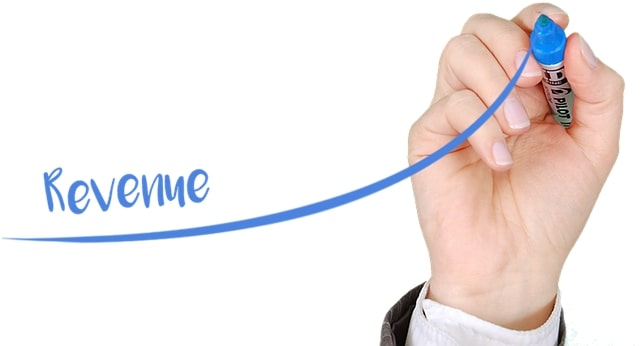 Average Shopify Store Revenue – how to make money on Shopify in 2022?

During COVID-19, eCommerce sales have spruced up and we are certain that you must have already heard about it. For this reason, the changes in the sales paradigm and the new normal have motivated businesses to opt for online stores.

That being said, Shopify stores and other eCommerce platforms witnessed record sales in 2020.

It’s evident that Shopify makes money from merchant sales, so it means that companies who are using Shopify are making truckloads of money. Now, why wouldn’t you be a part of this money-making platform? Are you ready to know which country is making how much money? Well, read the article below! 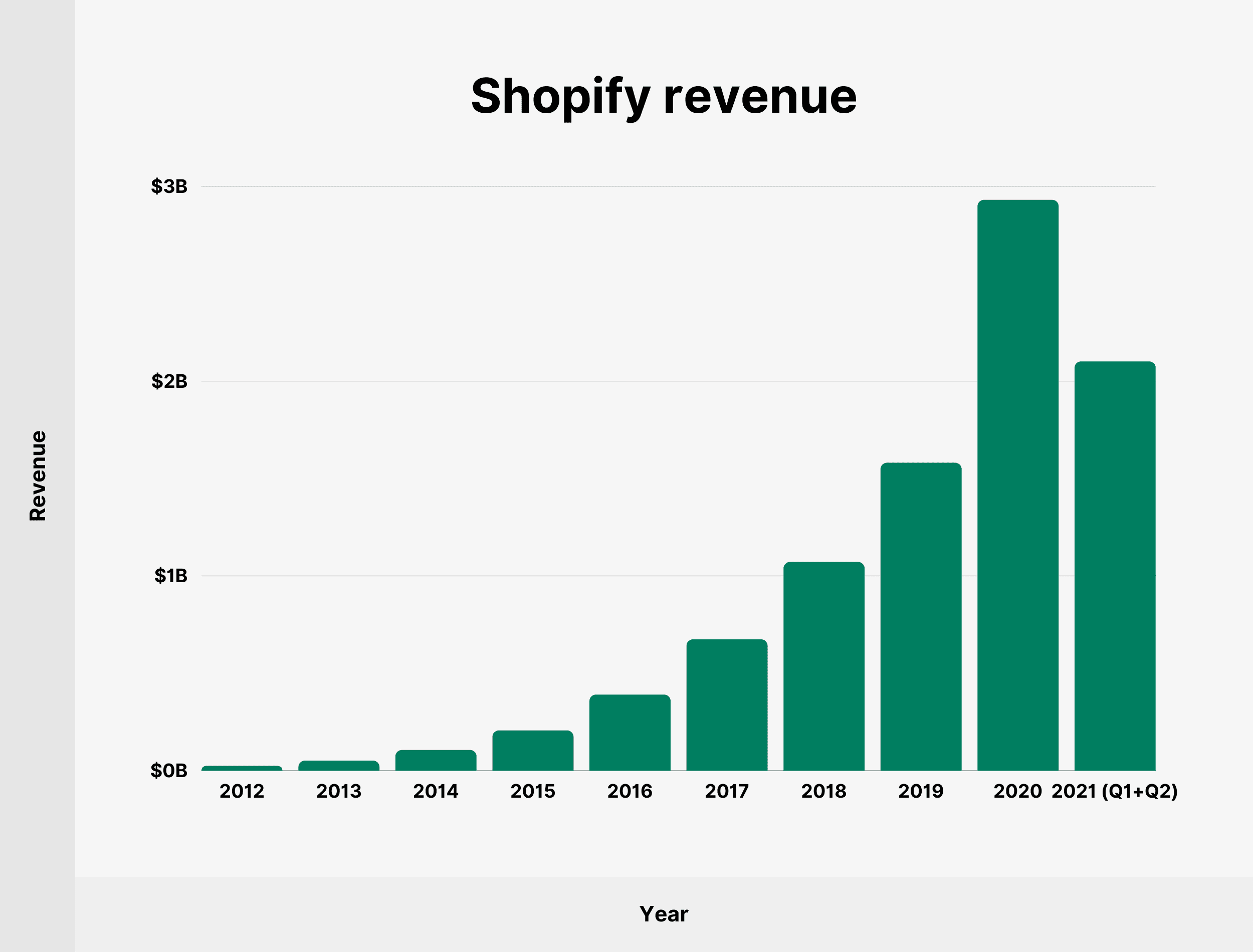 How Much Do Shopify Stores Make In The USA?

According to the research, an average Shopify store in the USA makes around $72 from one customer and the same research has also shown the low-earning and high-earning benchmarks.

For instance, the Shopify store owners need to read the market and look for the gaps that can be filled. In addition, spreading the business too thin can result in business disasters and won’t even captivate the customers.

The Shopify store owners can opt for content marketing while keeping the customers in mind (forget about the products) because it helps create a connection with the customers.

Not to forget, you shouldn’t waste the time on other customers and you need to understand the ideal customer base and design the marketing strategies accordingly.

In the UK, consumers can opt for Shopify stores without worrying about legality. It’s needless to say that Shopify ecommerce website design platform is a promising choice for businesses in the UK for online business operations.

According to stats, the Shopify stores can earn around £12,500, and with this income threshold, the businesses don’t even need to pay the income taxes.

Secondly, in Scotland, Shopify stores were making the per-customer revenue of $72 according to the survey of 2020. However, this is the average rate and it can be impacted by fluctuations in the economy and sales.

As far as Ireland is concerned, they have Shopify payments available. While there is no average income information available, it can be boosted by designing the sales strategy and getting benefited in the start through a 14-days free trial.

Read also Shopify Pricing Plan – How much Does Shopify Cost?

According to the stats by the Shopify experts in Australia, Shopify is supporting more than eight lacs merchants and has become a famous platform among Australian businesses. In addition, Australia is known to be the 10th largest eCommerce industry if the revenue is concerned. This is because the market size of Australian Shopify stores is around A$35.2 billion. So, now you can imagine how much the Shopify stores are making in Australia.

How Much Does the Average Shopify Store Make Per Month In New Zealand?

According to the stats of 2016, around 325,000 merchants were operating the Shopify stores which made around $3.8 billion. As for now, the average income of one Shopify store is around $3,897. At this point, it is essential to note down those profits are still unknown but the majority of them earn around 10% to 40% profit margins.

How Much Does the Average Shopify Store Make In UAE, Saudi Arabia, Qatar & Kuwait?

As for Qatar, the average monthly income for the Shopify store is around QAR 48,834 which is pretty amazing. It is basically because the eCommerce businesses are soaring in Qatar. Last but not least, the average income of Shopify stores in Kuwait is around KWD 1,610. However, the range of income starts from KWD 840 to KWS 2,460.

How Much Money Does the Average Shopify Store Make In Canada?

Canada is one of the most prominent markets when we talk about online purchases. The best thing about running an eCommerce store in Canada is the lenient tax system. As far as the average monthly income is concerned, the Shopify stores are making around C$6,583. However, the annual income is around C$79,000.

How Much Can A Shopify Store Make In South Africa?

When we look at the economies, it’s needless to say that South Africa is getting back on track which means the eCommerce businesses are growing. That being said, Shopify stores are doing pretty well in South Africa is the market is estimated to be $3.8 billion. On average, the monthly Shopify income is around $3,897.

What Does The Average Shopify Store Make In Germany?

The average Shopify store is making approximately €6,000. Germany is an established economy and is a developed country. To be honest, the eCommerce development industry is still growing and this monthly income is pretty amazing.

Conclusion About how much money can you make on Shopify

If you’re thinking about starting a Shopify business, you’re probably wondering how much money you can make.

The answer, of course, depends on a number of factors, including the type of products you sell and how well you market and manage your business. However, with a little effort and some smart business decisions, it is possible to make a good income through Shopify.

How to make money with Shopify by Selling t shirts?

While there are many ways to make money with Shopify, one popular method is to sell t-shirts. T-shirt sales can be a great way to generate income, as they are typically high margin items. In order to be successful in selling t-shirts, it is important to have a design that is appealing and eye-catching.

Additionally, it is also important to choose a niche market that is not overly saturated. Once you have your design and target market in mind, you can set up your Shopify store and start promoting your t-shirts.

There are a number of ways to promote your t-shirts, including through social media, online advertising, and offline marketing. By following these tips, you can be successful in making money with Shopify by selling t-shirts.

What is Shopify’s store revenue checker?

As the name suggests, the revenue checker is defined as a tool to determine and calculate revenues. There are different tools available in the market and all of them help determine the sales of the store. You can use the Shopify eCommerce online store integration services to keep an eye on the revenue and other details.

How to calculate Shopify’s average revenue per user?

The average revenue per user is calculated by dividing the monthly revenue of the store by the number of customers who were transacted in a month.

How to calculate Shopify’s Shopify average revenue per merchant?

The average revenue per merchant is calculated by adding the total dollar value of the orders from different channels and apps. In addition, it calculates the refunds net, handling fee, shipping fee, value-added taxes, and duty.

Is starting a Shopify store worth it?

Yes, Shopify is surely worth it because it can boost business sales. However, gaining profits depend on business strategies and marketing. In addition, you must create a functional store, and for this purpose, you can opt for Shopify app builder by Folio3 or Shopify eCommerce web store development or even for Shopify migration services.

How much do people make on Shopify by selling Jewellery in 2022?

how much do people make on shopify by selling Jewellery in 2022? This is a difficult question to answer, as there are many factors that can affect earnings. For example, the type of Jewellery being sold, the prices charged, and the number of sales made. However, we can make some general estimates based on current trends. For example, according to Statista, the average order value for Jewellery was $140 in 2020. If we assume that the average order value will remain similar in 2022, then we can estimate that people will earn $1.4 billion from Jewellery sales on Shopify in 2022. Of course, these are just rough estimates, and actual earnings will depend on a variety of factors. Nevertheless, it is clear that selling Jewellery on Shopify can be a very profitable business.

How much money can you make with Shopify CBD Store?

By some estimates, the CBD industry could be worth $20 billion by 2024. And with more and more people looking for natural ways to improve their health, it’s no wonder that many entrepreneurs are interested in starting a CBD business. But how much money can you actually make with a Shopify CBD store?

There is no simple answer to this question. It depends on a variety of factors, including the size and scope of your operation, the quality of your products, your marketing efforts, and the overall demand for CBD. However, it is possible to generate significant revenue with a successful CBD business. For example, one Shopify store that specializes in CBD oil has reported sales of over $1 million per year.

Of course, how much money you ultimately make with your Shopify CBD store will depend on your specific circumstances. However, there is potential for a healthy return on investment for those who are willing to put in the work. So if you’re considering starting a CBD business, don’t let concerns about profitability discourage you – there’s certainly money to be made in this rapidly growing industry. 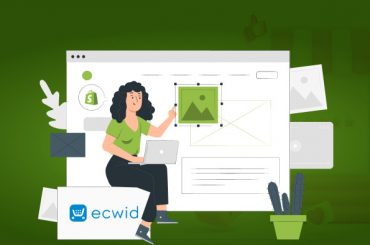 Migrating Ecwid to Shopify: Why Make the Switch? 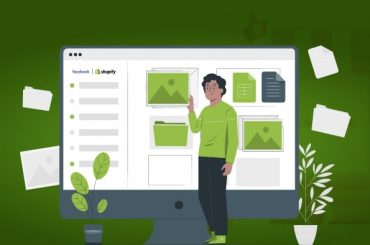 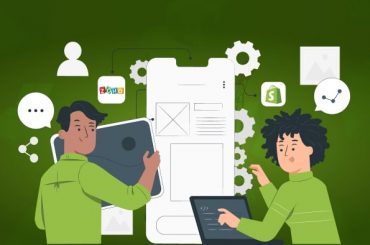 Zoho Shopify integration – How does Zoho integrate with Shopify?

Printful Shopify Integration – How Does Printful Integrate with Shopify?